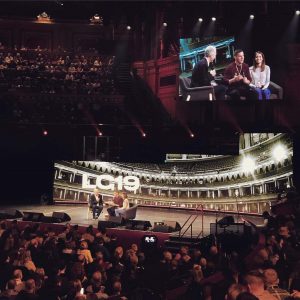 Designed for events with super high definition requirements. The Desay X2i 2.6mm Indoor LED Screen is a fantastic product for use in high-profile events to deliver your message in a stylish and striking manner.

Having already invested in Desay LED screen, we knew that the Desay X2.6i  would have outstanding build quality that had been engineered to operate impeccably within event scenarios. Production AV has also invested in a wide range of rigging hardware that enables screens to be either flown or ground supported depending on the specific requirements of your event.

The screen has the ability to be built in both concave and convex configurations as either a flown or ground support configuration.

Technical Project Manager Nathan Dunbar says “having used the Desay X2.6 screen on a number of shows, I’m delighted with the ease of rigging and quailty of the image produced.”