As part of the SFL Group, Production AV supplied the LED screen to the Royal Albert Hall for José Carreras in his first headline appearance since 2008 to premiere A Life in Music. Using our Desay 6.25mm LED panels, we built a 12m x 2.7m screen that was flown above José and his performing orchestra as the centre piece for Carreras to visually tell his incredible life in music story. 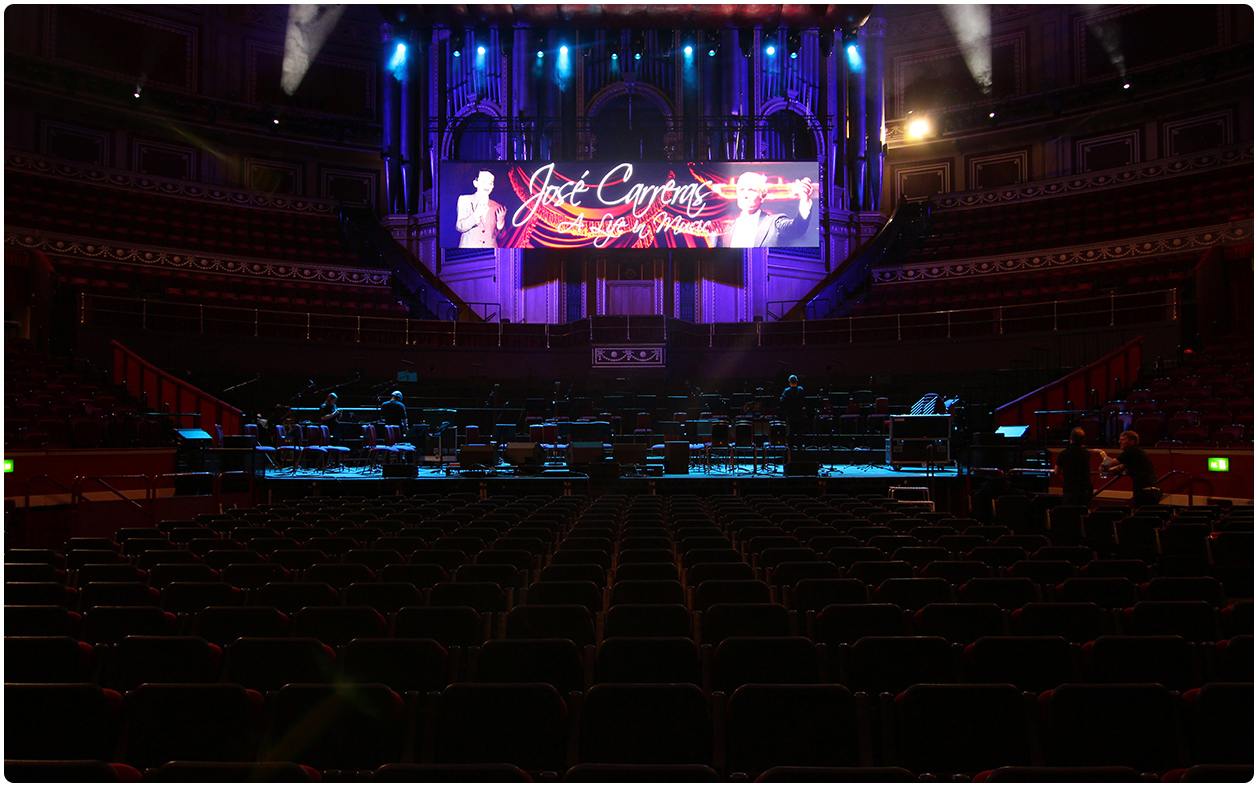 Arriving for an early load in at 7am, the Production AV team had the screen fully rigged and operational by 10:30am which allowed the sound technicians free access to setup the orchestra’s positions. Two Nova MCTRL660 Processors were used to manage the screen with one being set up to act as a backup to the main processor. Control was set up a floor below the stage where an ImagePro II Dual was used to feed content to the screen. The show was in the evening and a technician was on site the entire time monitoring the screens which worked perfectly throughout. Below is an audience member’s picture of the special night.

Our thanks to SFL for choosing us as the LED Supplier and we look forward to the next time the Royal Albert Hall needs an audiovisual solution.