With the announcement of 15 Official Rugby World Cup 2015 Fanzone locations, Production AV were proud to be selected as the provider of the weatherproof Desay 6.25mm Pixel-Pitch 8m x 4.5m, goalpost-mounted LED screen that attracted so many thousands to Gloucester’s Fanzone. 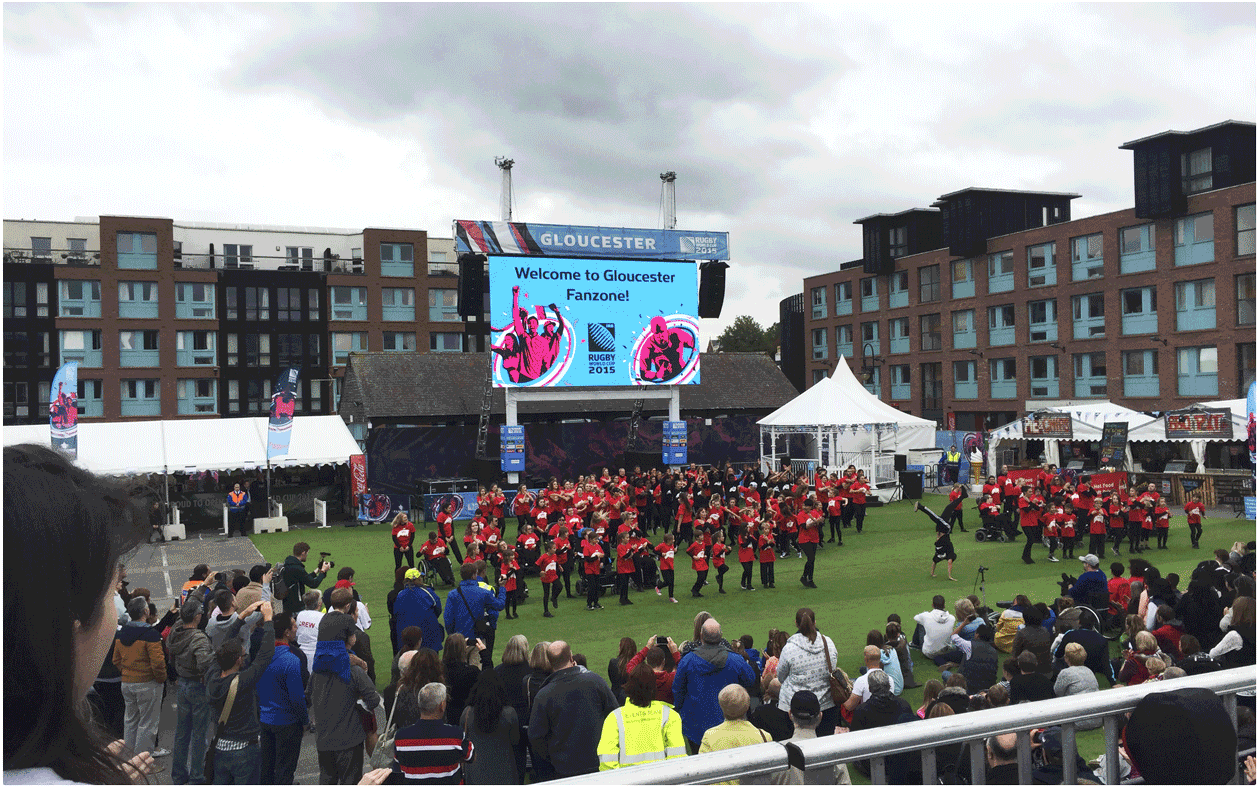 From the 18th September to 11th October, Production AV maintained the screen which showed all group stage matches live and for free. Working alongside Peak Sound and Light supplier of the Line Array loudspeaker system, together we delivered high quality coverage for the many thousands of fans hailing locally and from across the world who came to enjoy what the Gloucester Fanzone had to offer. 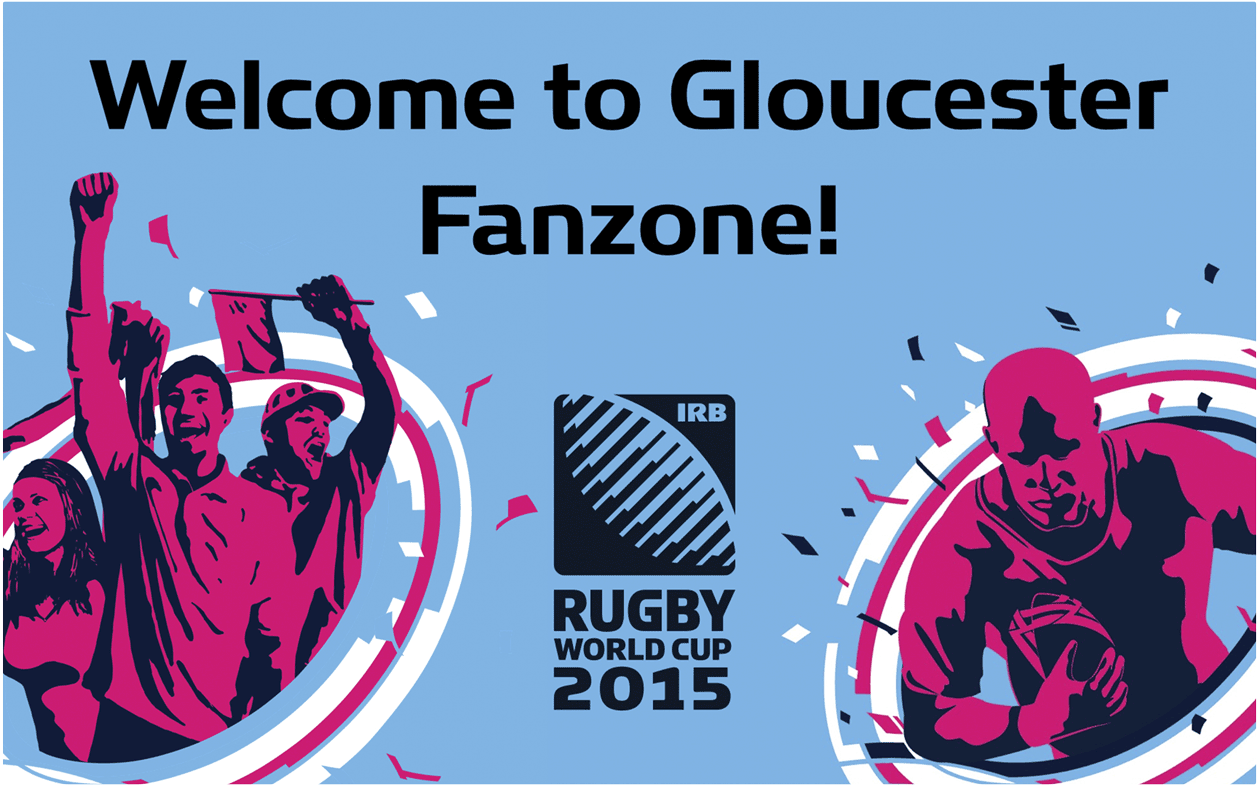 Despite the disappointment for the English fans of England’s tournament being ended in the group stages, the Fanzone was a success with nothing but positive feedback. With the Wimbledon, World Cup Football and The Olympics all on the horizon let’s hope we’ll see Fanzone and the screen return for future events.

If you are interested in inquiring about the screen you can visit our LED Screen Page and contact us here.