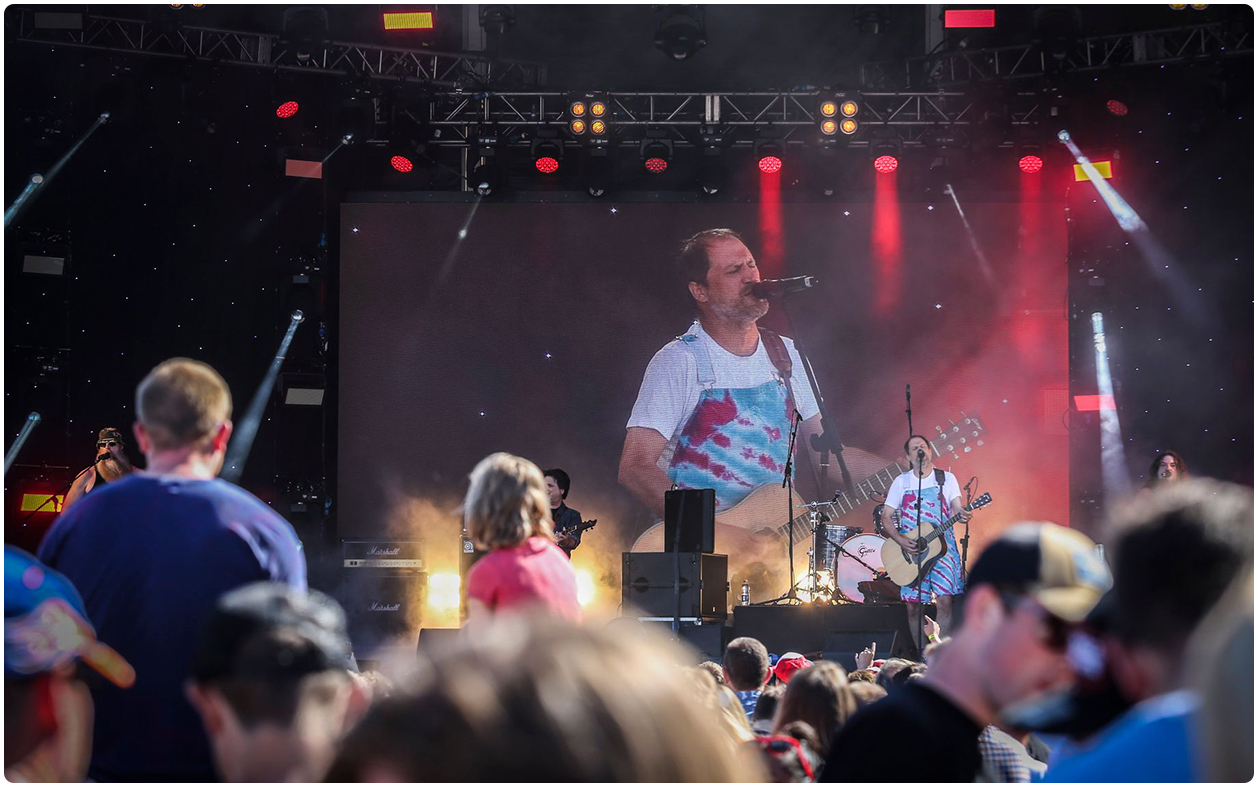 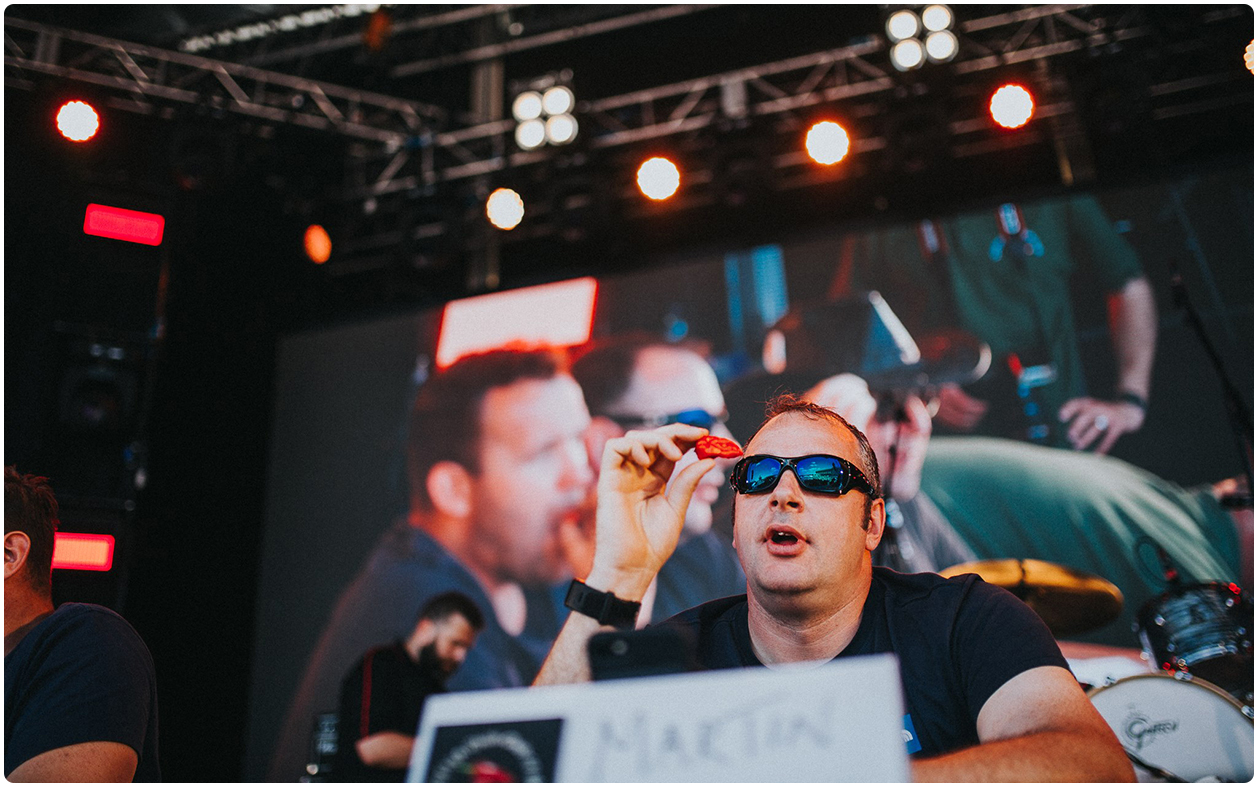 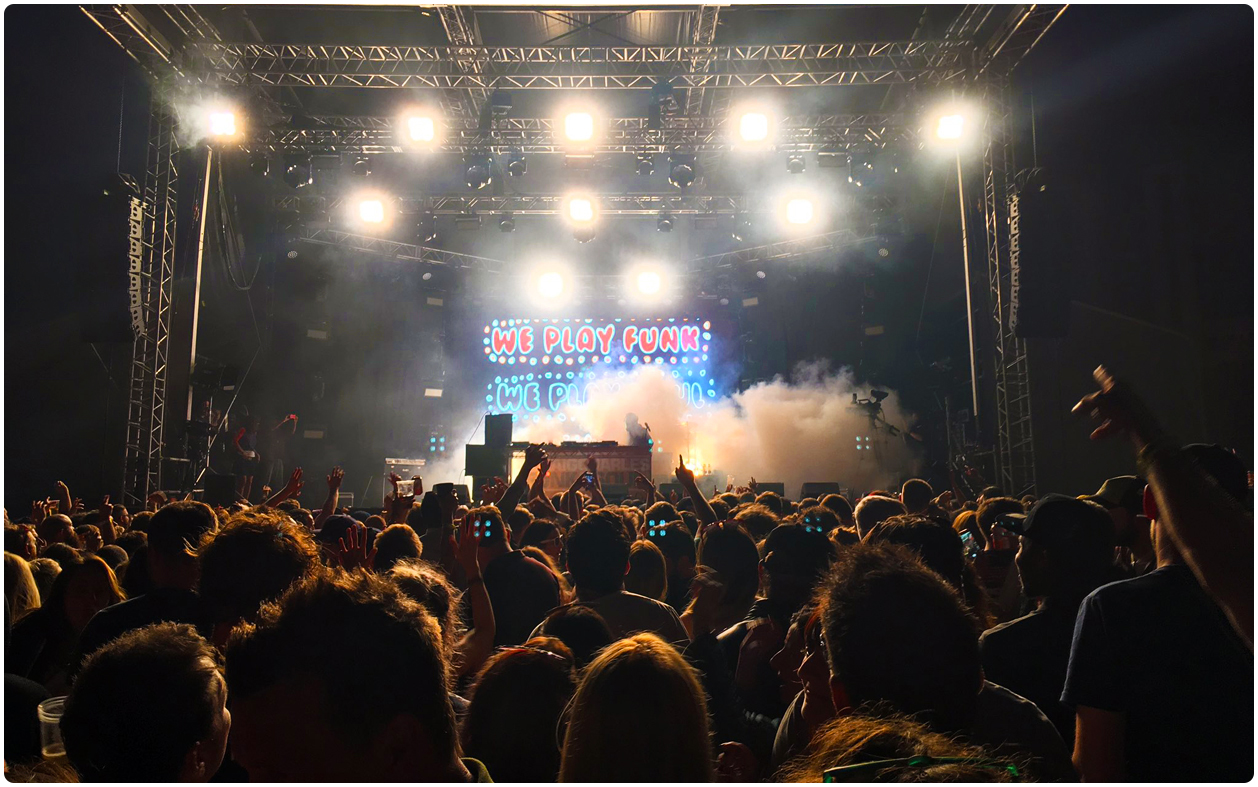 Production AV felt like summer had truly arrived as we were delighted to be providing the LED screen solution for the Bristol Sounds Summer Series on behalf of Utopium. We were looking forward to experiencing some of the big names in music with this years festival featuring Bonobo, Manic Street Preachers, Craig David and Hacienda Classical. Whatever your taste in music, there was bound to be something to enjoy across the four nights of live music. 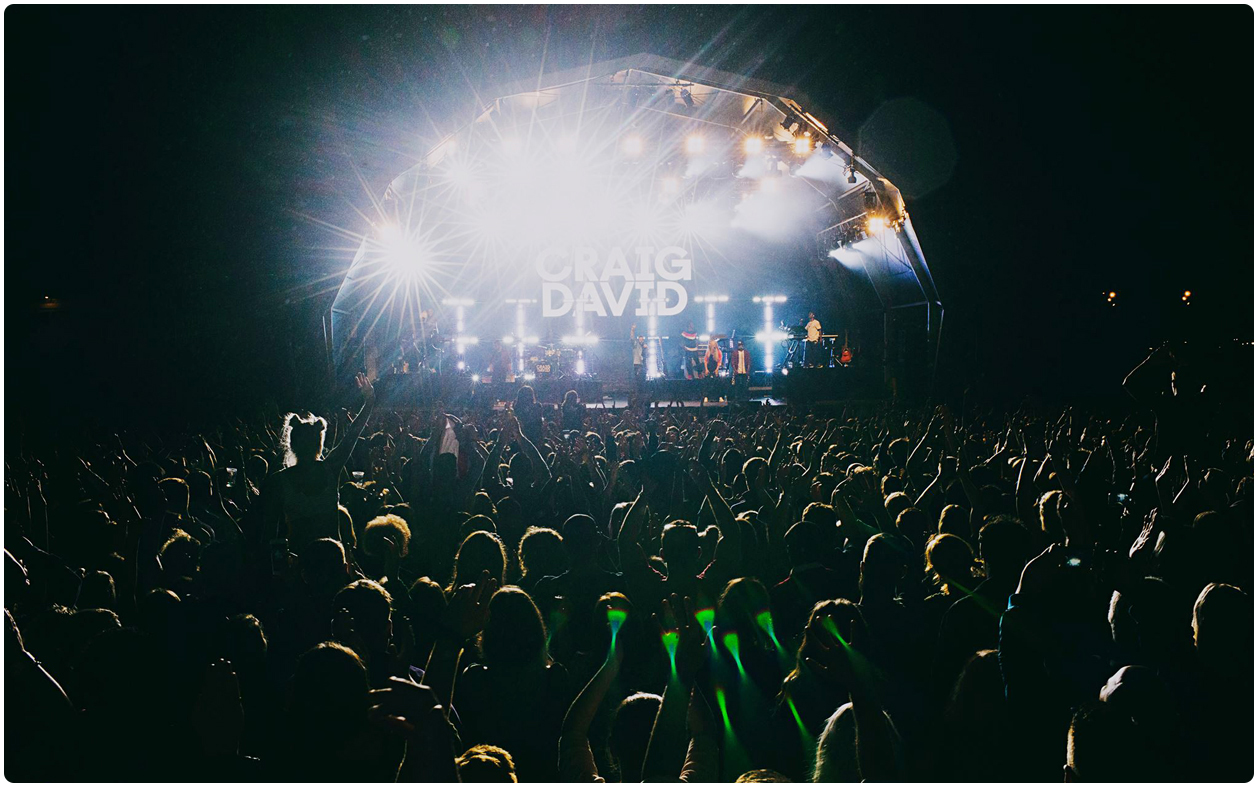 Using our stock of Desay 6.25mm Indoor/Outdoor LED Panels, we brought 36sqm of LED that was hung at the rear of the stage as a backdrop. For Bonobo’s act, Production AV were able to produce a smart and cost effective design by splitting the screen into five drops spread across the rear of stage creating a unique and punchy effect. For Craig David, the screen was re-rigged into a more standardised letterbox shape of 8m x 4.5m. The rest of the equipment provided followed our usual LED screen solution with the screen content was scaled used our industry standard Barco ImagePRO II Dual. Two Nova MCTRL660 Processors were used to comfortably manage the data despite being split across five separate screens with one processor acting as a fail safe hot back up to the main processor. 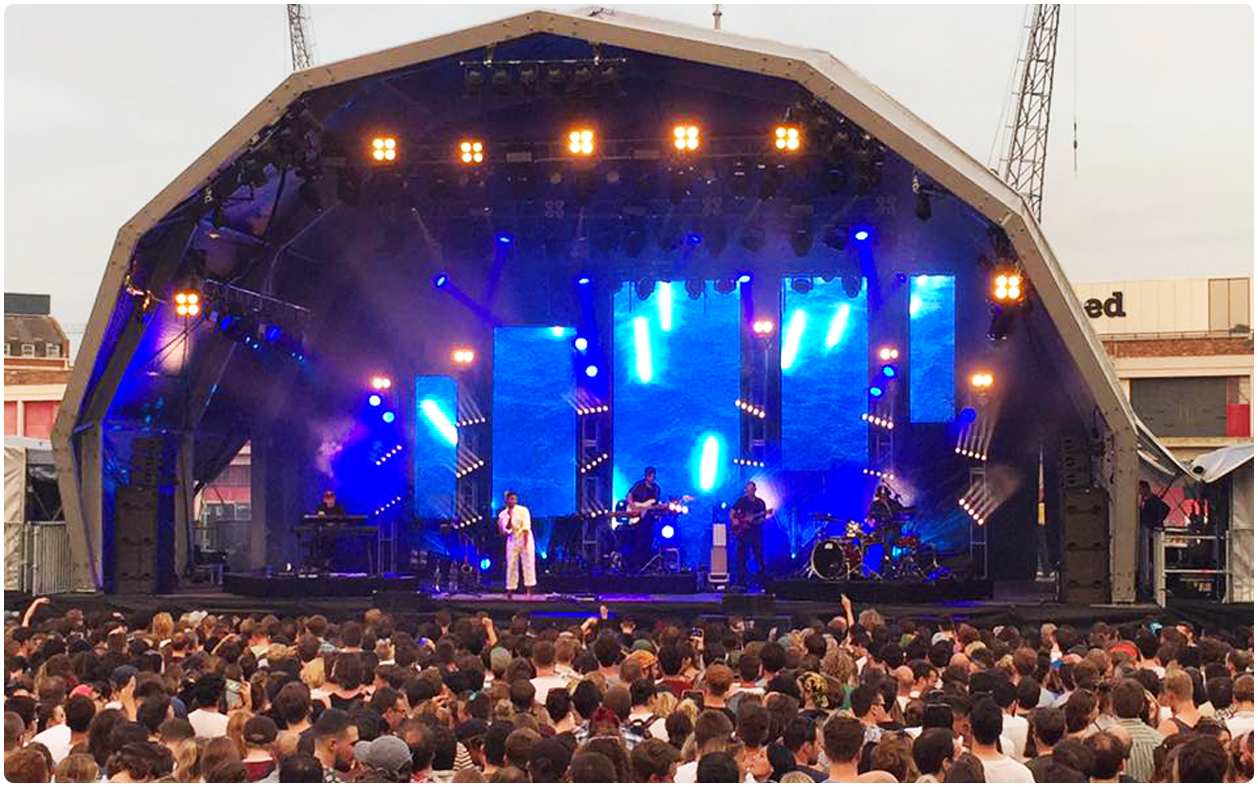 Once Craig David had finished up his set and evening to the roar of approval from the crowds, Production AV were quick to de-rig the screen however our desire for more, quality festivals to be involved in did not need to be heeded for long as we were looking forward to continuing to work with Utopium at Grillstock 2017 the following week. We’d like to thank Utopium for our continued involvement in the Bristol music scene and are looking forward to upcoming events this summer and beyond. 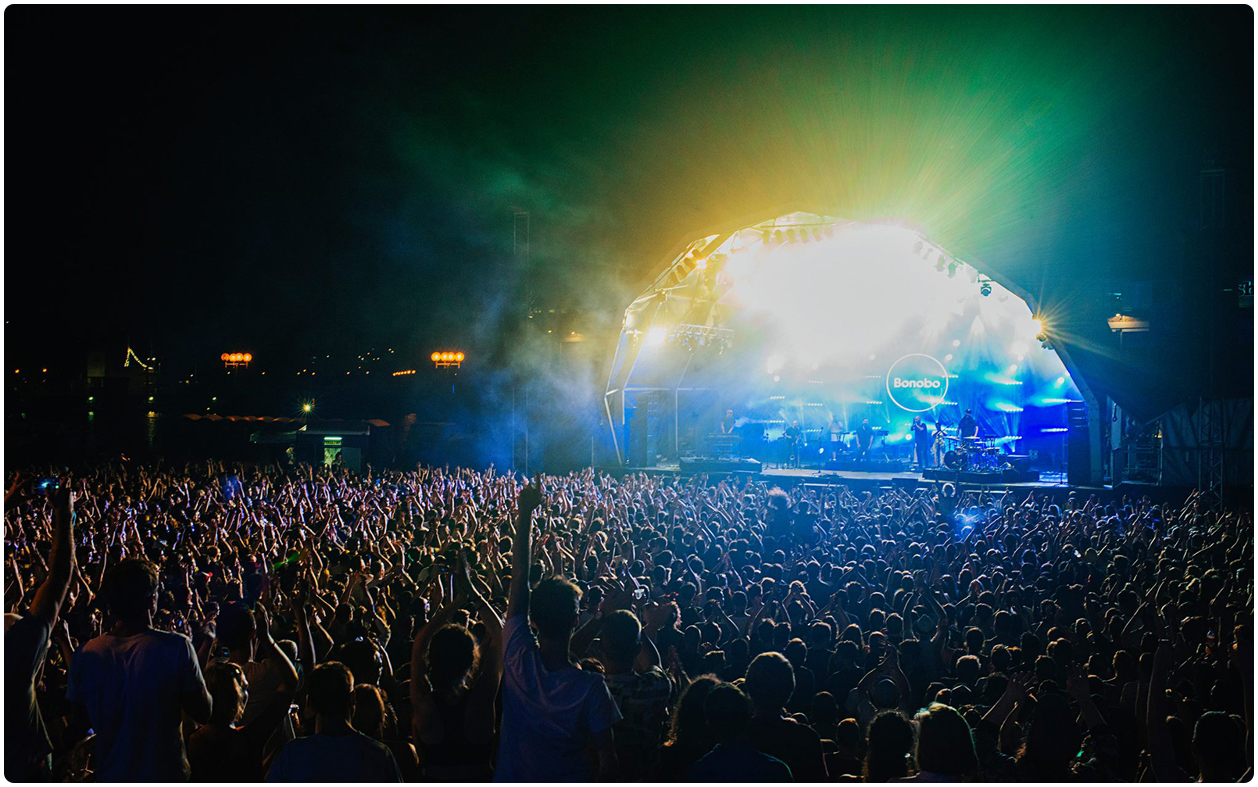 Take us back to this time last week when @si_bonobo Bonobo? brought the vibes and you brought the party! ???? by @tourlifehq #tourlife #bristol #bonobo #livemusic #bristolsounds

Production AV were delighted to be selected to provide the LED screen for the main stage at Grillstock 2016 by Utopium.  It is safe to say we were very much looking forward to this event with the promise of sunshine, good music and a variety of delicious meats to consume! Being hosted at the Bristol Harbourside meant that it was a only a quick drive down and we were happy to be involved in a such a local but fun event. 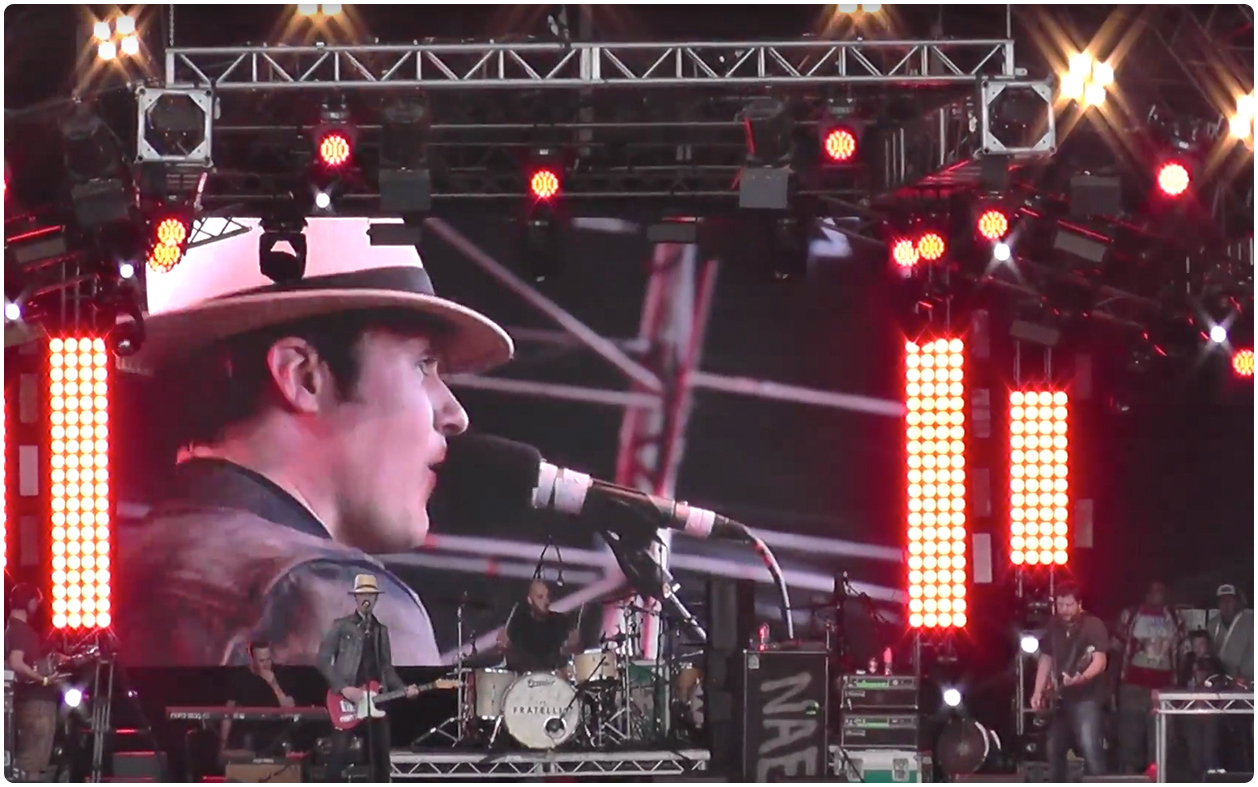 Loading in the day before the event began, using our Desay 6.25mm LED Panels we built a 6.4m x 3.4m screen at the back of the main stage. The screen was flown on a motorised truss system and was rigged quickly which allowed other preparations for the stage go unhindered. Set up on stage right were two Nova MCTRL660 Processors that were used to manage the screen with one being set up to act as a backup to the main processor. Alongside the Novastars was an ImagePRO II Dual which was used to feed content to the screen. Running a 100M fibre cable from the ImagePRO to control meant that Olie Goulding our onsite technician could position himself at front of house. This was important as he also was operating the Green Hippo Grasshopper Media Server which meant he could add layers and effects over the top of the content being fed to screen which allowed him to quickly match the screen content to the style of lighting the LD had decided on. 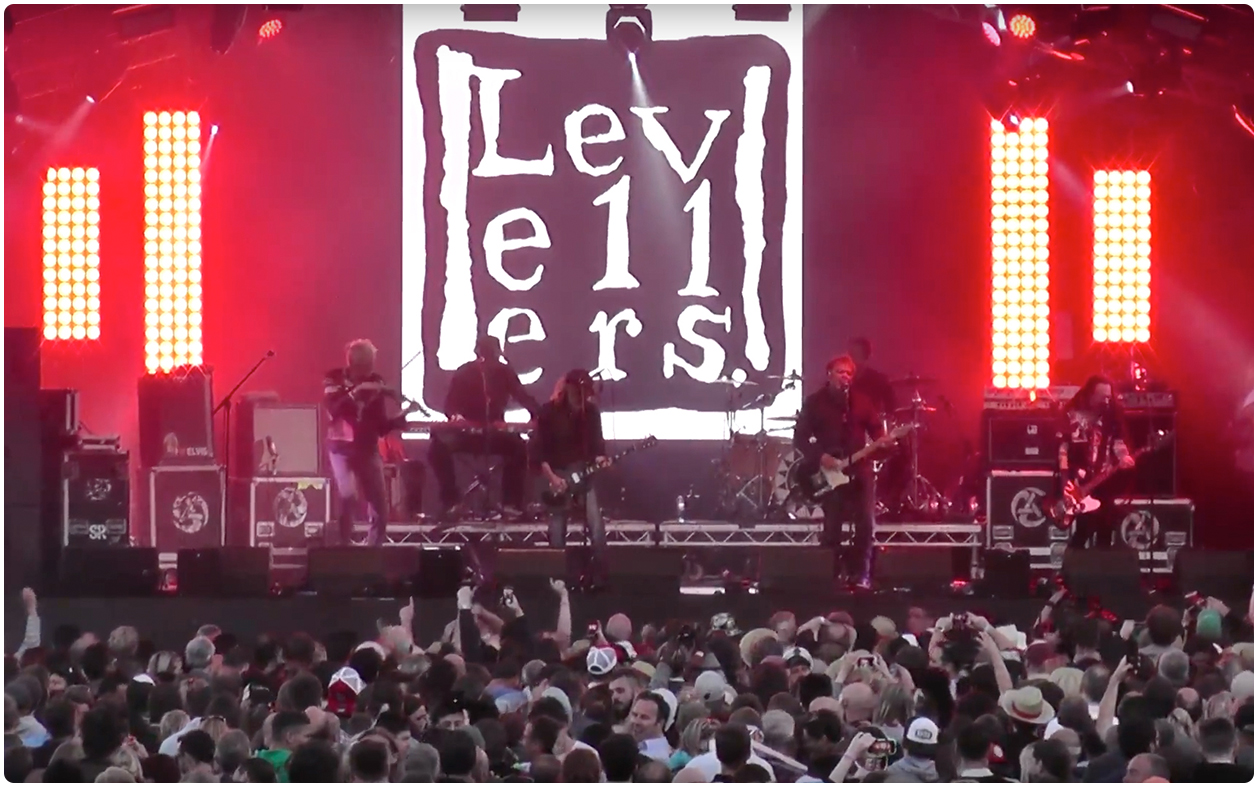 More than 14,000 people attended the BBQ-themed festival, with highlights including The Fratellis, The Stranglers, Cuban Brothers and a King of the Grill barbeque showdown. When the final band artist had performed, Production AV were there and ready to take down the screen with the same swiftness they had put it up. Using the onsite telehandler, we were able to fork down boxes of LED modules directly from front of stage onto the floor and load the truck from there. Having video kit off stage meant that a lot of space was freed up and Utopium were able to bring their lighting truss down and work with ease on pulling their kit out too.

A massive thank you to Utopium for selecting us as screen supplier for this event. It is always a pleasure working in your company. We hope to be back next year for more BBQ goodness!