Production AV were appreciative to be welcomed back to the Science Festival for the fourth year running to supply an immersive, audiovisual solution for the event space named Space World. Being asked to provide a complete solution, from collecting and editing content to programming the show, was a challenging yet enjoyable experience and we are proud to be involved in the education of the next generation in the topic of space travel. 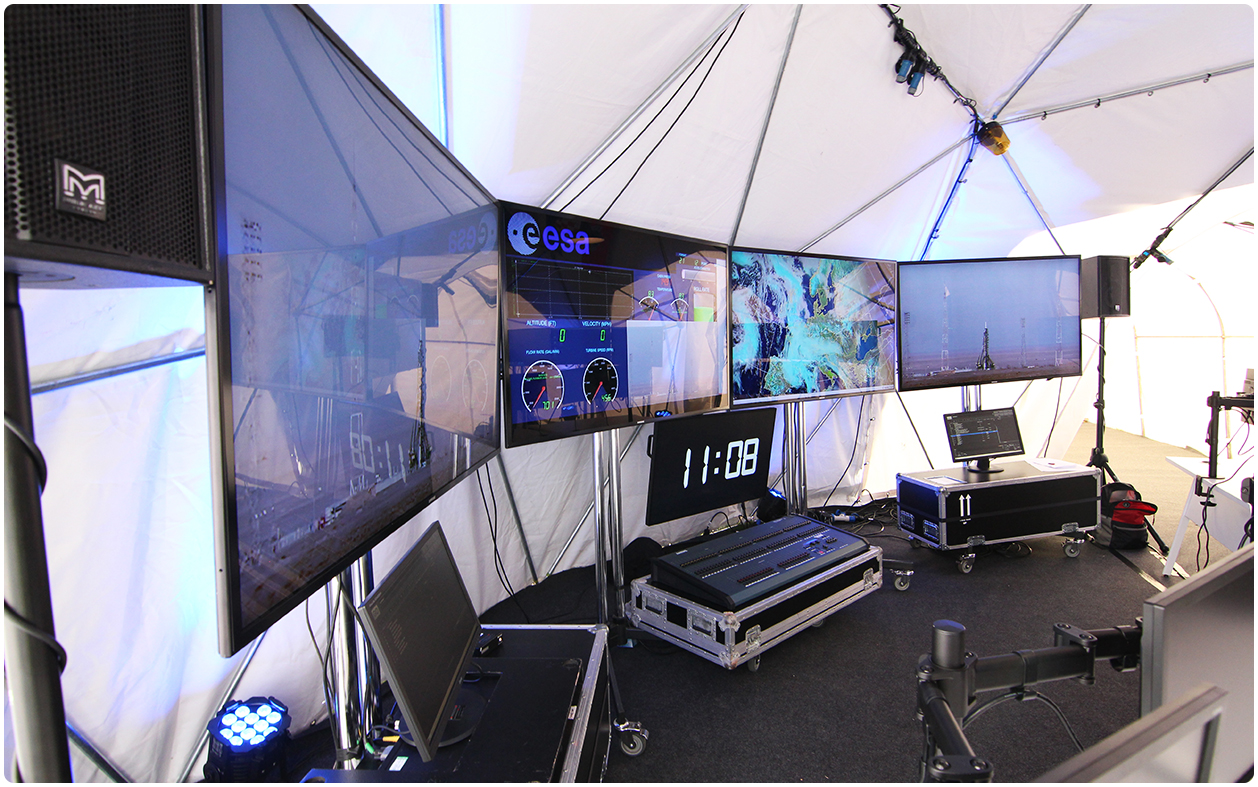 Using four Samsung ME65B 65″ LED Flat Panels as the centre piece for the mission control experience, Production AV were instructed to find realistic and suitable content to put into a 10 minute video sequence that would show a rocket preparing for launch as well as taking off. To greater enhance the experience, QLab was used to program lighting and smoke effects at numerous points throughout the video sequence as well as syncing the timing screen to match the rockets take off. Once this was set up, control could be handed over to the mission control presenters who only needed to click the play button and the entire sequence would run unaided. 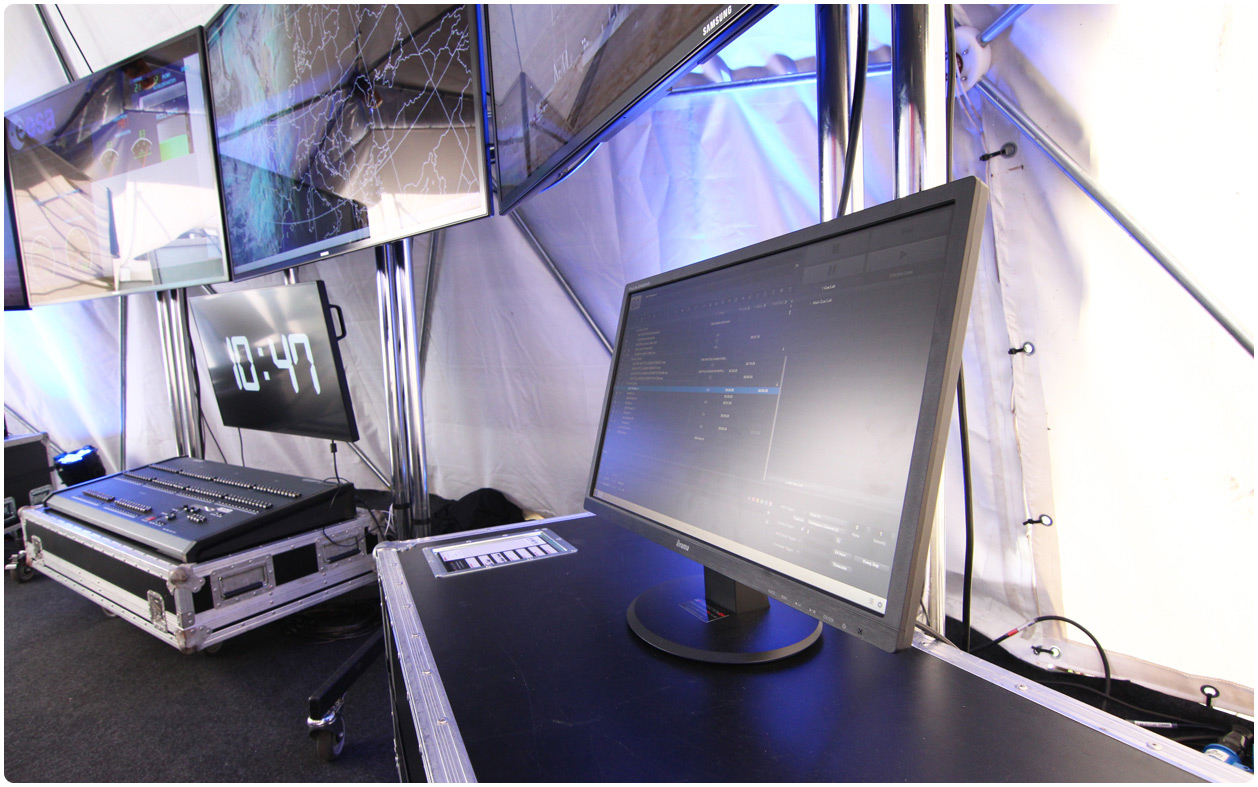 Numerous other screens such at 50″ and 42″ plasmas were also installed around the venue and a Christie LHD700 Projector was positioned in the space dome tent as used along with other AV equipment to communicate with Tim Peake on his last ever interview on the ISS before he returned to earth. A massive thank you from Production AV to Adrian Hensley and the whole of Cheltenham Festivals for having us provide such a unique and creative solution. Below is a short clip from Tim Peake’s direct interview with the Science Festival.

Tim Peake doing a direct QnA with Cheltenham Science Festival in his last ever interview before he returns back to earth from the ISS. #timpeake #astronaut ????