Production AV were delighted to working on behalf of SFL by supplying the LED screen solution for the Feel Korea 2017 concert. Earlier on during the day, the Korean Cultural Centre hosted the London Korean Festival 2017. However, for the evening, Feel Korea returned to Olympia London to host the evening concert. With KPOP blasting through SFL’s PA and the crowds cheering for their favourite artists as they appeared on our screens before the show, our onsite technician Sam McCrea realised he was about to experience one of the most vibrant, outlandish performances he’d have ever witnessed.

For this event, both our DigiLED 3.9mm Indoor LED Panels and our Desay 6.25mm Indoor/Outdoor LED Panels were used to create the video backdrop on stage as well as an elevated screen that relayed the live camera shots throughout the show. The stage backdrop was formed using a mixture of SFL’s and Production AV’s stock of Desay 6.25mm Panels to create a 12.8m x 4.5m screen as the centrepiece of the display which was flanked either side by three 1m x 4.5m columns of LED. This layout enabled clever video design to utilized the separate columns as their own entities to deliver more impressive visuals than a single screen of that size could achieve.In addition to this, 84 modules of DigiLED 3.9mm were connected to form a screen and were flown high above the stage to display the camera feeds. 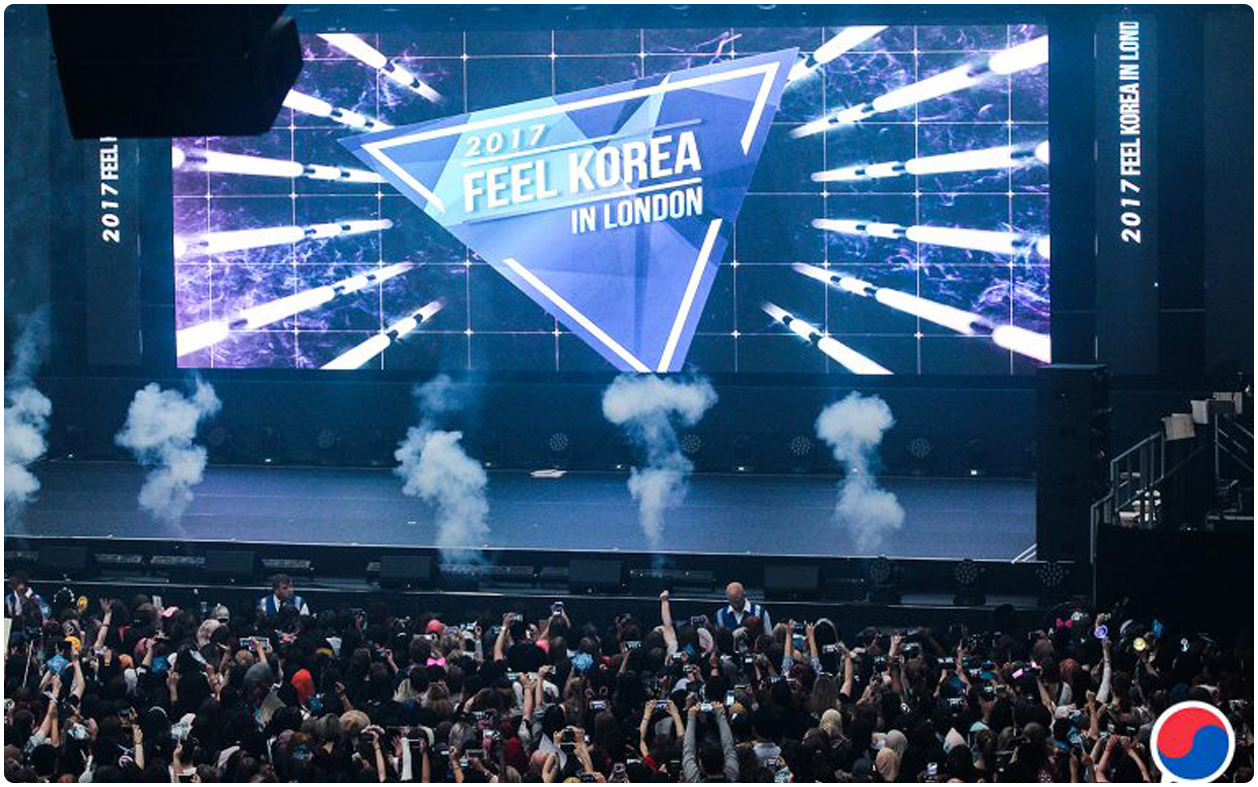 For the 6.25mm screens, four Nova MCTRL660 Processors were used to manage the data being fed to the screen with two acting as a fail safe hot back up to the main processors. For the 3.9mm screen, two DigiLED Navigator LED Controllers the equivalent processors of the Novastars were used to fed data to the screen employing the same failsafe hot backup system. Whilst SFL supplied their own Barco E2 4K Screen Management System to drive the show, our Barco EC50 Event Controller was provided to increase the simplicity and flexibility of the E2 system. 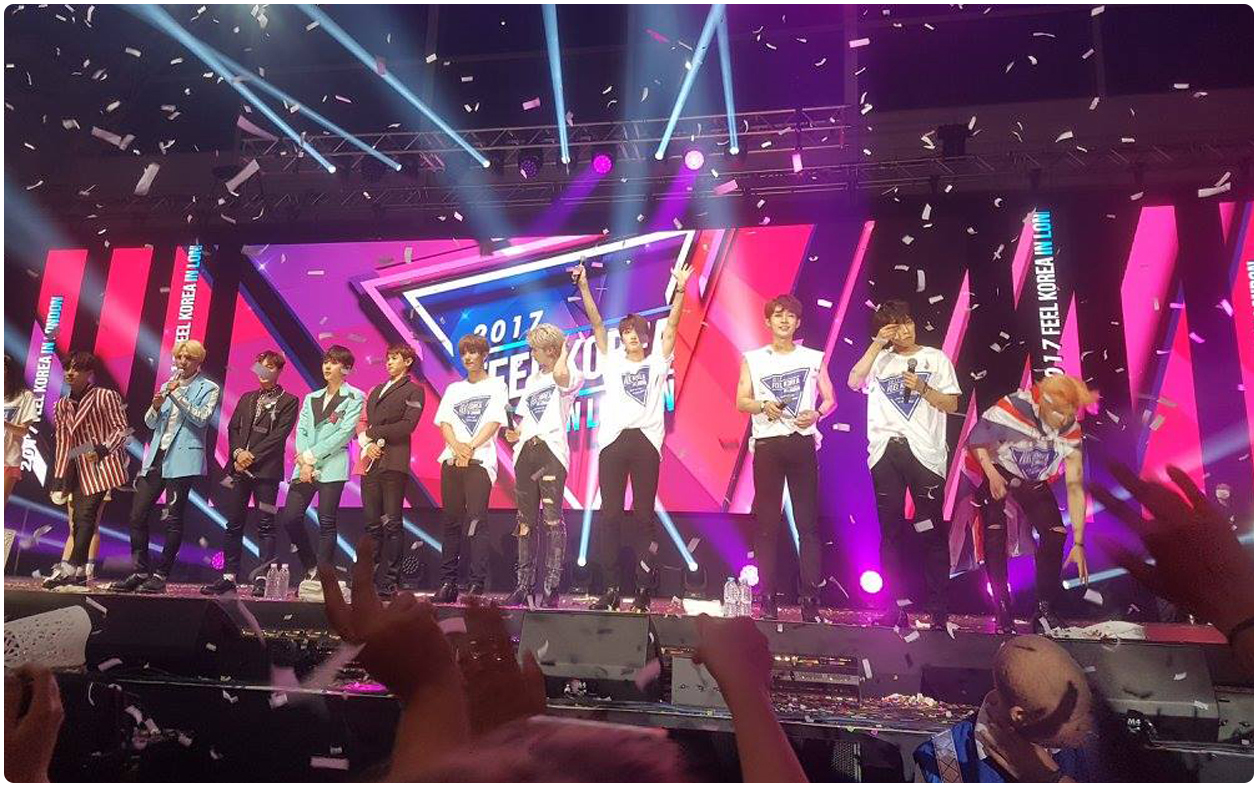 With the last act finishing on stage, the exuberant crowd were further roused by an encore from all the main acts sporting ‘Feel Korea’ t-shirts as they came out on stage for a final hurrah! With inflated balls thrown around the crowd and confetti cannons shot from the bottom of the stage it created a beautiful end to the show. We would like to thank SFL for selecting us as the LED screen supplier for this event and we look forward to working on many more projects with you in the future!